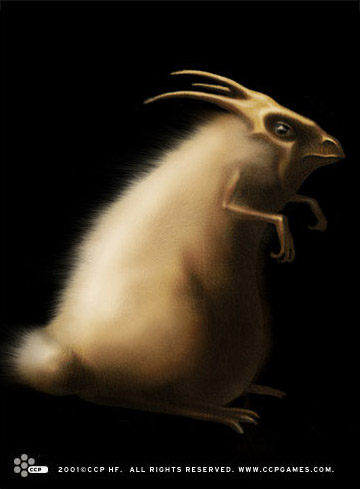 The circumstances which led to this imperial law are as bizarre as the law itself. As it happened, Lady Phanca, the mother of the emperor at the time, was visiting Radonis and staying at the Ardishapur’s royal palace. Lady Phanca was a legend in her time; a strict, extremely ambitious woman, in many ways ruthless but still charismatic in her dealings with people. Many thought she had unnaturally strong influence on her son, the emperor, and many cases can be cited where the actions of the emperor can be directly linked to the wishes of his mother. The Ardishapur decree, as it became known as, is one of them.

Lady Phanca had a pet furrier, a small furry animal commonly found as pet among the Amarrian higher class. It was a well-known quirk that the otherwise severe and dispassionate lady loved her pet lavishly. When young Uri Ardishapur, son of the Ardishapur royal heir, killed the twittering creature at the dinner table, the fury of the old lady left no doubt in the minds of those present that the repercussions would be terrible. Persuading her son to pass the fore mentioned laws, Uri Ardishapur became the first of the Ardishapurs to lose his right hand, the hand that had slain lady Phanca’s pet furrier.

Imperial laws are extremely strong within the Amarr Empire and are almost regarded as the written will of god. It is very rare for any of them to be changed or revoked. The Ardishapurs may at one time have wanted the law to be revoked, but today they revel in this old tradition and consider it one of their most important family heirlooms.