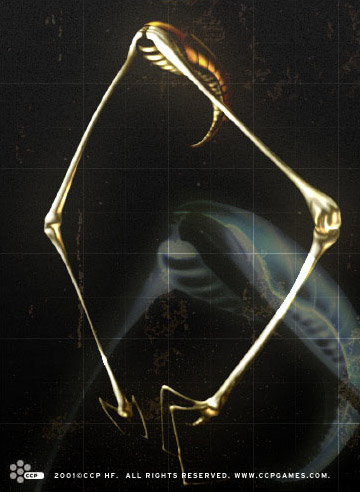 In a mass manufacturing and marketing society like that in the world of EVE, everything that is for one reason or another only found in short supply tends to become more sought after because of the rarity factor alone. This is especially true in the field of gourmet cooking, where the finest restaurants compete in offering the most exotic food there is.

The Hanging Long-limb lays its eggs in thousands at a time in a cluster, usually attached beneath a branch. It is this egg-cluster, or roe, that humans so eagerly seek. The main reason why the roe of the Hanging Long-limb is so rare is because no one has succeeded in breeding the species outside their natural habitat. Many individuals and companies have through the years attempted to simulate the environment on the planet in order to mass breed the Hanging Long-limb, but without success. Similarly, all attempts to artificially generate or clone the eggs have only met with very limited success and such products are regarded as vastly inferior to the real thing.

Most of the restaurants offering Hanging Long-limb roe are situated within the Gallente Federation, as the demand for exotic food is highest there. These restaurants are frequented by the upper strata of Gallentean society: industrial tycoons, celebrities and the idle rich. Capsuleers, always rich though rarely idle, are also apt to be seen at these places