Early in March of the Year 109, the Galnet community was stunned as Naqam
Heavy BioIndustries began a cluster wide marketing blitz in support of their
newly released line of life enhancing cyberware. 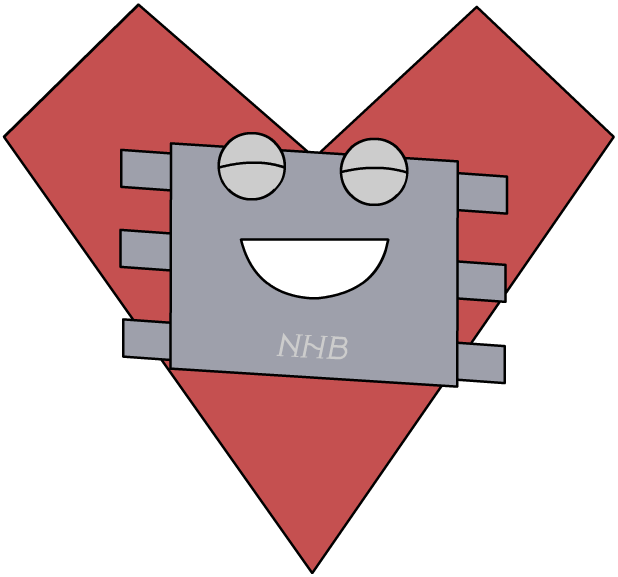 
Naqam Heavy Bioindustries interrupts your normal programming for something
much more exciting!

Scene: A teenage Gallente sitting on a bench, despondent, in the rain. Stark gray buildings behind him add to the atmosphere of stagnation and depression.

Suddenly, Pierre Gambault, star of stage and screen (and infomercials) walks over to the youth from camera right, the rain not touching his immaculate hairdo.

"Whats wrong son, down on your luck?"


"I sure am Mr Gambault. Things just haven't been going my way. I'm failing at school, my girlfriend dumped me, and then I was fired from my job for being
too clumsy and sitting around despondently all the time."

"Well, that does sound serious Jean. What if I told you there was a way to turn all that around? And even be better than you were before? A better job, happiness and of course a much better looking girlfriend."

"Gosh, really Mr Gambault?! It's not drugs or boosters is it? My doctor told me
those are expensive, illegal and have terrible side effects. And that you can
even get awful diseases from them."

With a stern, but understanding look, "All true Jean, and of course it's not drugs."
Smiling, "No what I'm talking about is the NHB Happy Chip! For a fraction of
what a lifetime of drugs would cost, you can get one of these 'wonder chips.'
And it will turn that frown upside down!"


"Well Jean, once you have the chip installed, it will change your life! The NHB
Happy Chip makes you happier, boosts confidence, and will make you more
popular. It isn't all psychological either. It increases balance, coordination,
and muscle tone. Best of all, there are none of the horrible side effects you
would have if you took drugs. And the ladies love a man with the self
assurance, and other bonuses, the NHB Happy Chip provides."

"But who makes these incredible miracle chips Mr Gambault?"

"Why, Naqam Heavy Bioindustries of course!"

Scene cuts to a view of pristine white lab. Groups of doctors, most of them oddly
young and attractive, consult with each other. High tech but innocuous
looking equipment whirs nearby.

Pierre's voice over continues,"Industry leaders on the cutting edge of therapeutic
and recreational bio-computing design. NHB manufactures the NHB Happy Chip
in their state-of-the-art facilities around the cluster.

Cut back to Pierre and Jean. They are now in a glamorous club. Jean has a glass
of champagne raised in one hand, and a buxom, beautiful girl on his arm.

"The NHB Happy Chip changed my life! It can change yours too! Thanks Mr
Gambault, and thank you Naqam Heavy Bioindustries!" 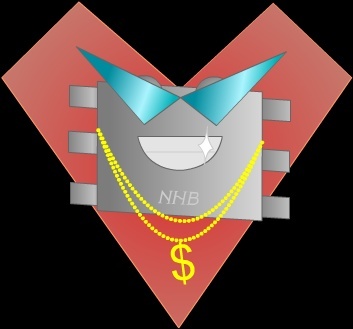 
Once again, important, groundbreaking infotainment from the friendly people at
Naqam Heavy Bioindutries!

A stunning dark haired Sebiestor strides confidently down a ship corridor toward
the camera. Wearing combat boots, camouflage pants, and a snug T-Shirt
with the NHB logo emblazoned on it, she is obviously ready to live life to its
fullest. A pistol rides in a holster on her hip. The Gothic arches and tendency
to gold plate things makes it clear the ship is Amarr in origin. Sporadic
gunfire and shouting can be heard in the background. Continuing to walk, she
begins speaking:

"Yo! My name is Nieve Setteta. I used to be just like you: I had a dead end job,
worked for a boss I hated, and lived in a tiny cubicle of an apartment. I was
depressed and unmotivated."

A grainy 'before' picture showing the same woman, but with frizzed hair and
dressed in an ill-fitting and unflattering waitress uniform. Her expression is
cartoonishly downcast and unhappy. The picture appears momentarily as she
goes on talking

"My life was going nowhere, and I had given up my dreams of fighting to free our
people from slavery - and looking good doing it."

An Amarr in bulky robes, his face a caricature of fanatical fury, jumps out of a side
passage. In his dramatically upraised hand; a dagger. Nieve casually
raises the pistol and blasts him neatly back down the passage and out of
sight. She doesn't even stop walking.

"Then I heard about the NHB Ultra Happy Chip™ and the Naqam Heavy
Bioindustries 'Helping Hand' program. For every four chips purchased, NHB
donates a NHB Ultra Happy Chip™ to a person in need who couldn't otherwise
have afforded one, like me. I got the chip installed and suddenly
found I had unlocked the strength to pursue any dream I wanted. Plus, I look
and feel great - and my hair has never been so silky and manageable!
Now I help fight against slave raids, and model in my spare time. And I'm
finally finishing school and getting the medical degree I always wanted,
thanks to the NHB Ultra Happy Chip™ scholarship fund. "

She approaches a door guarded by a hulking Ni-Kunni, who leers at her
theatrically. Without pause she head-butts him into unconsciousness. The
door slides open and a crowd of Minmatar children flood out and surround
Nieve as she turns to directly face the camera again.

"The NHB Ultra Happy Chip™ helped me be happier than I've ever been. And
thanks to NHB and the wonderful people who buy their chips, I'm living my
dream - freeing our people from servitude."

They all chorus in unison, "Thank you Naqam Heavy Bioindustries!" 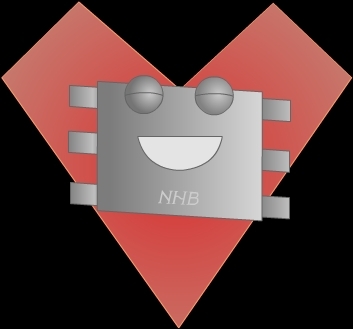 
Your friends at Naqam Heavy Bioindustries are back, now with new special
programs. Keep an eye out for them at the end of the broadcast!

The scene resolves, showing a street with towering skyscrapers disappearing into
the heights on all sides. They are so high they seem almost to meet at some
unimaginable distance above, and only a hint of slate gray sky is distantly
visible - perhaps only a trick of the eyes. Impossibly rickety looking ladders
are propped against the bleak, rain blacked edifices, vanishing into the same
vertiginous area far above. All along the ladder are business-suit clad
figures: Climbing, slipping, dangling, falling. The fallen disappear just before
hitting the ground.

A warm, sympathetic male voice begins speaking. The tone is friendly and confident.

"Corporate ladder got you down? Feel like you can't quite get where you would like
to be? Naqam Heavy Bioindustries can help."

The falling figures begin to slow, floating in the air just above the place where they
had been disappearing. The view zooms in rapidly, focusing on a single
figure. Next to him is the ladder he fell from and the dark mass of one of the
buildings blots out the right half of the screen. The figure himself turns out to
be a Deteis in his early thirties. His expensive suit is unruffled by his fall as
his feet gently touch down on the ground. He smiles and continues to talk,

"Let us help you relieve the stress and sharpen that edge you need to sprint to the
top. The confidence and charisma you get from the NHB Ultra Happy Chip™
will give you the advantages you need to pull ahead of the competition and
stand at the head of the crowd."

The gargantuan building to the Caldari's right dwindles down, rapidly shrinking
until it is nothing but a short pyramidal platform. The spokesman walks up
the few steps that run along each side and turns back to face the viewer form
the top. He radiates confidence and sunlight begins flooding the scene as the
sky turns blue with a few fluffy white clouds beind him. Clearly, a new day
has dawned,

"Let the NHB Ultra Happy Chip™ give you the tools you need to harness your ambition..."

The platform expands, shooting upward as the camera follows the man standing
atop it. As he catapults upward, a landscape now recognizable as New Caldari
Prime unrolls below him, and he stands above even the clouds

"...and rise to the heights you deserve!"

"And remember: Success is a team effort. Get a discount when you order chips for
your entire section, district, office, division, or regional corporate entity.
75% off when you refer a superior. Corporate accounts welcome!"


The head and shoulders of a figure can be seen, the face occluded by the hood of a traditional priestly robe. The scene in the background is a grand church or cathedral. A slight sharpness around the edge of the figure, and perhaps the subtlest mismatch in ambient light suggests the background may be CGed in. The figure begins to speak:

the hood is thrown back, revealing an olive skinned, smiling Ni-Kunni with an unlikely blond game show host hairdo

"...for deals! I'm Abair Nelam, and I'm here today to help you be redeemed... by value! After all my friends, what could be more valuable than happiness - for you and those around you? Apathetic heir? Surly slaves? Melancholy manservant? Huffy hounds? We can help!"

"Just order our fabulous NHB Ultra Happy Chip™ to help solve so many of these little problems:

Indolent offspring will get new drive in their lives. Just watch as they're running things in no time
with our DriveTech™ technology, and know that your family's future is secure.

Slaves just plodding along the path to salvation? Put a spring in their step and a smile on their
face like no overseer's whip ever could with the NHB Ultra Happy Chip™.

Are you a priest with pained parishioners? Help punch up those sermons with our Church Pak™
special deals on bulk orders for whole congregations and other religious organizations. Find new excitement in the same old scriptures!

And introducing the the NHB Ultra Happy Chip™ - Pet Pals Edition, for that special animal in your life.
Slaver hound getting down? Pep him up in no time and watch him frolic like a pup again. That isn't all though!"

"Place your order in the next 30 minutes and receive our 'Selected Scriptures' datapack, FREE!,
with your NHB Ultra Happy Chip™. Further your spiritual journey with a helping hand from your
friends at Naqam Heavy Bioindustries.

But there's more! In honor of the coronation of Empress Jamyl Sarum (may she reign for a thousand years),
for a limited time only, you can get our 'Quotes of Great Emperors' datapack, at no additional charge!
That's right, this is some exhilarating reading folks, carefully researched or reconstructed by NHB's team of highly skilled historians and theologians.
These free datapads are must haves!

Quantities are limited for these special free promotional items, and our warehouses are standing by, so order now!"